A novel approach to conservation 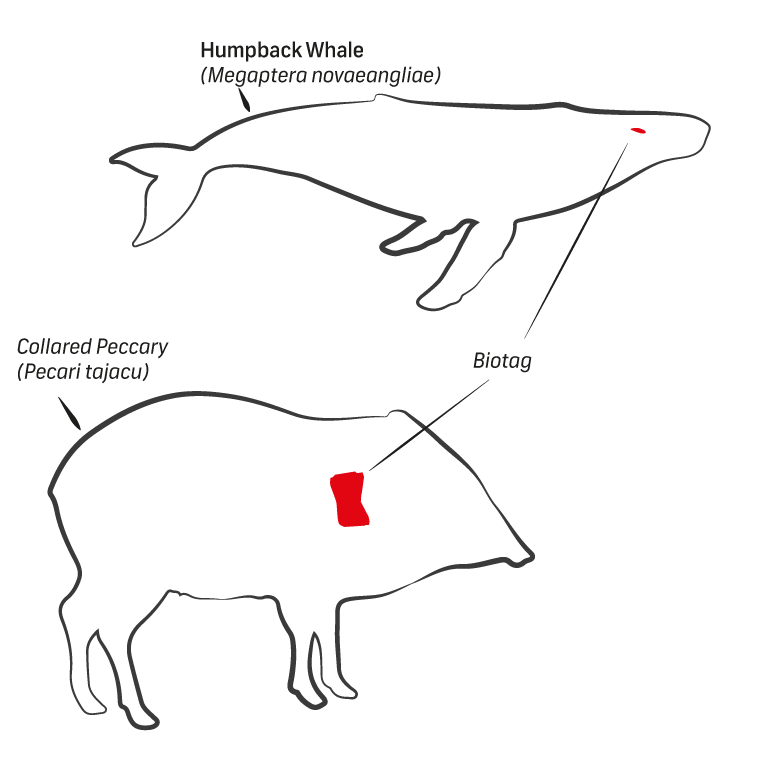 Augmented Nature is a set of robotic tools that help animals adapt to the mass extinction. The tools enhance the capacities of so called Ecosystem Engineer species to reclaim and change their own habitats.

The project proposes an active and animal-centered alternative to the current conservation efforts. Starting from the premise that humans are part of nature. Hence, efforts that try to separate species or revert nature to a certain state in the past (re-wilding, preservation) are not realistic. Nature is a dynamic system and evolution is as much driven by species adapting to change as it is by species transforming their environment. The approach is explained through two case studies.

The project was developed in close collaboration with the Morphological Computation Lab at Imperial College London and many other scientific partners. The project webpage can be found here.

Humpback whales (Megaptera novaeangliae) are endangered in certain areas and heavily affected by stressors such as noise, ship collisions and overfishing. They are crucial to the ocean as they transfer nutrients to the surface and support hundreds of microorganisms which in turn form the basis of the entire food web. Current biotags passively gather ocean data to map the behaviour of whales. 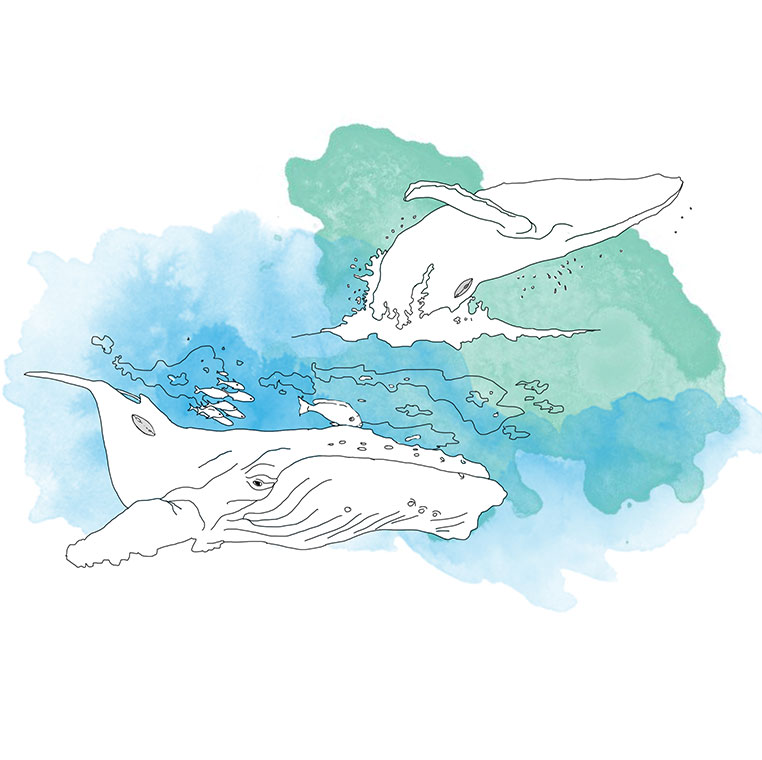 The proposed biotag is attached to the whale, just like current data-logging tags, but it does more than just measuring data on noise, depth and position. With its integrated underwater speaker the tag can actively communicate with the whale through sound. The biologging tag contains a hydrophone to pick up ocean sounds, an underwater speaker, a GPS receiver and can be charged wirelessly. It can inform the whale on positions of nearby ships and prompt the whale to avoid them in both the short and long term. By strategically placing nutrients, it can create new habitats outside shipping routes.
more info.

Peccaries (Tayassuidae Suina) are a type of pigs that live in the Amazon rainforest. They are critical to the Amazonian ecosystem as they disperse seeds and form habitats for hundreds of amphibians by rolling in the mud. However, they are at risk of extinction due to deforestation, habitat loss and illegal hunting. 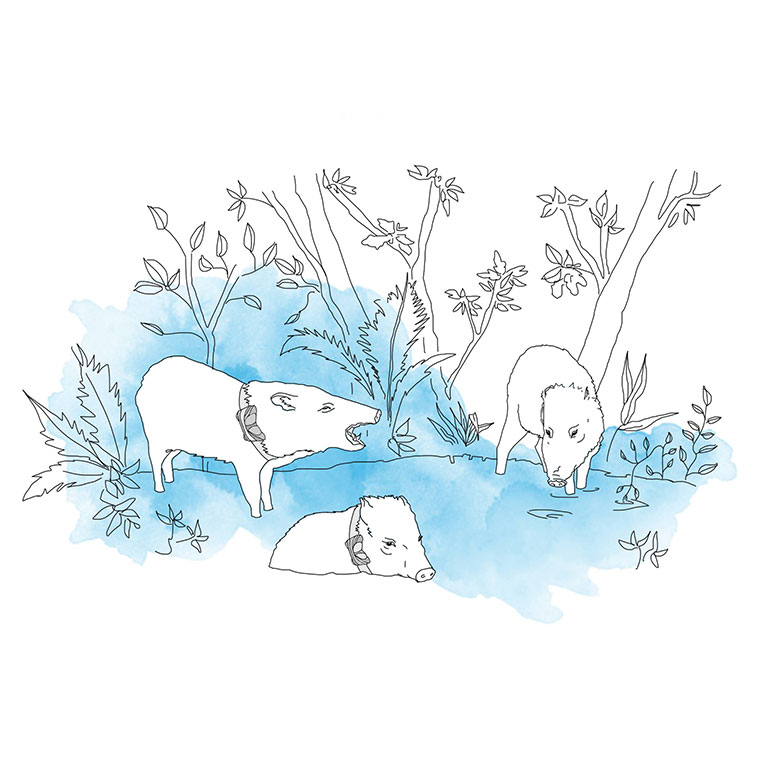 The newly developed biotag supports the ecosystem engineering capacities of the peccaries and enables them to rebuild their habitats. The biologging device contains vibration motors, a GPS receiver and a camera module and uses state of the art computer vision algorithms to understand the environment. It uses vibrations to convey information about the forest and guides peccaries towards deforested areas where they can disperse seeds and reforest the lost habitat. The tag also has the capacity to locate valuable new resources in the forest, i.e fruit, herbs that are useful to the local communities and can provide new income sources as an alternative to logging. more info.