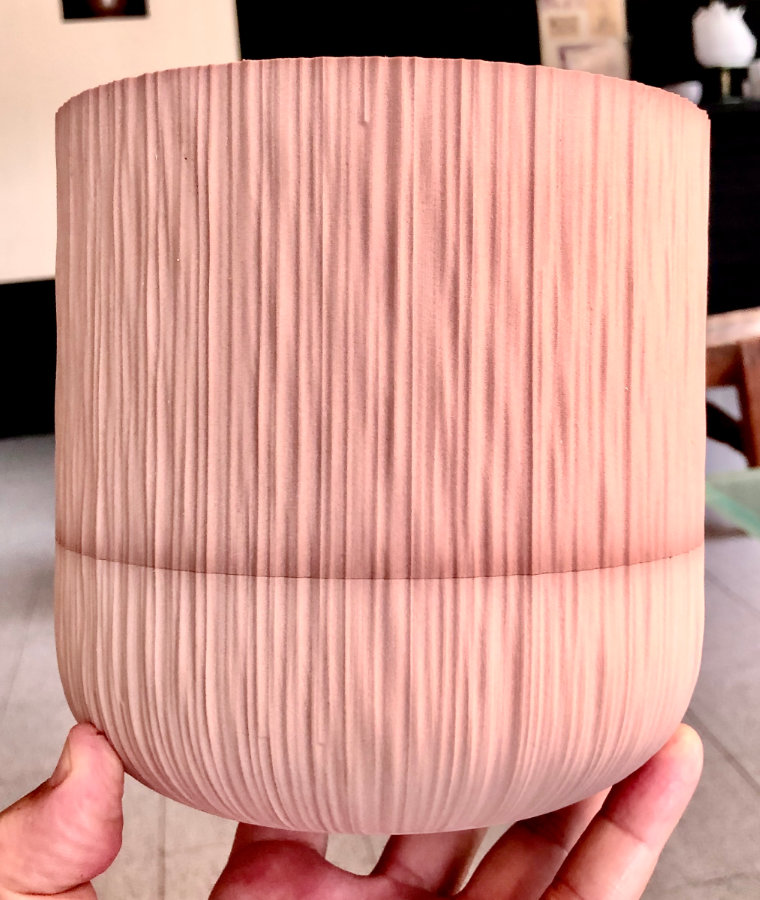 For this project a new range of generative cache pots was designed for Almas Design in collaboration with Studio Levien. First a broad exploration of aesthetic directions was made of which a selection of 3D printed samples was presented at Ambiente 2020. Currently two design are being taken further in order to mass manufacture them in clay.

This texture was generated using a line expansion algorithm that adheres to the surface of a given contour. By starting out with the edge of a closed polygon the line encloses an area when it expands which is then extruded.

Based on several control points the surface of this pot is displaced along its normal. Using sine waves and distance from a control point the frequencies are modulated to interact and create a smooth folding wave pattern.

This texture is based on several remeshing steps applied to a base geometry of the pot. The remeshed version is then resampled and projected back to the surface of the pot where it is extruded with an inset to create the geometric tiling.