This algorithm generates skulls with a wide variety of alien morphologies using liquid simulation and an algorithm for growing horns. Over 60 unique species were generated, five of which were fractured using the 3D puzzle algorithm and then 3D printed for one of Chronyko's immersive learning experiences.

By adding symmetry to a freeze frame of liquid interacting with a rough collision shape the algorithm produces readable shapes. The added symmetry and the human brain's bias towards seeing faces in combination with some artistic direction in which frame to pick and the viscosity of the liquid result in the generated shapes being recognisable as skulls. This effect is further amplified by deciding which side is the front of the skull and placing seed points for the horn generator. The points are placed symmetrically but the horn growth has variance which breaks the perfect symmetry just enough to make the skull more believable. Lastly a texture is added to the surface of the skull using a randomised shortest-path algorithm.

The different generations or growth stages are created by picking a frame just before and after the chosen frame emulating the effect of growth. 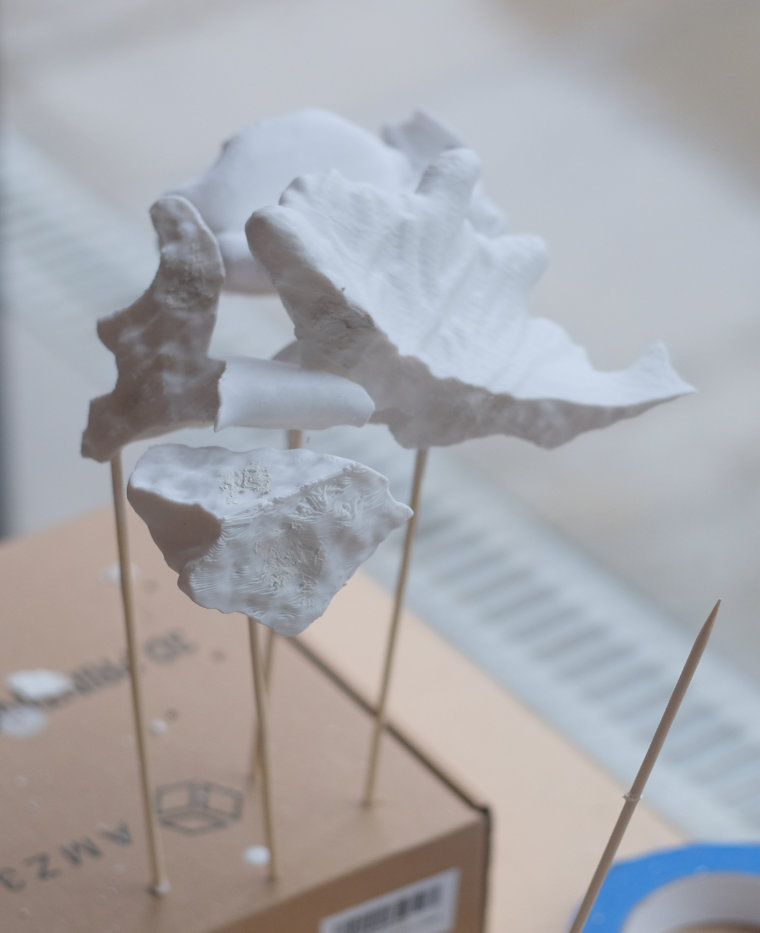